The advantages of ProfiShark as a portable network traffic capture device 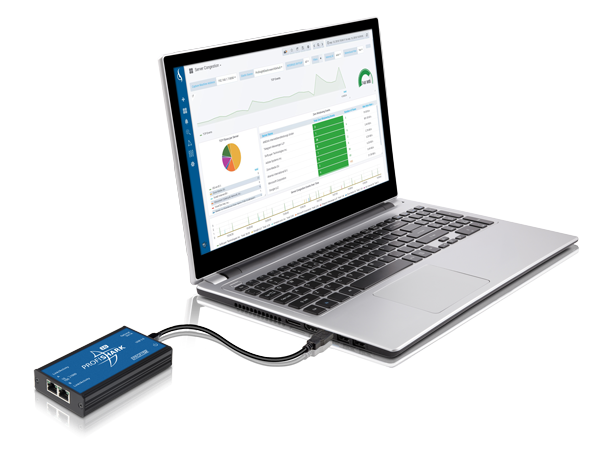 ProfiShark is a portable network traffic capture device that is designed for use in a variety of scenarios, including network troubleshooting, security analysis, and network performance monitoring. A ProfiShark device is equivalent to an aggregator TAP and two NICs, requiring only a laptop or a desktop PC with a free USB 3.0 port.

Imagine a car manufacturing plant with a network of machines and devices used to assemble cars. These machines and devices are connected to the plant's main network and are controlled by a central computer system. One day, the plant experiences a problem where some of the machines are not receiving the commands they need to function properly. 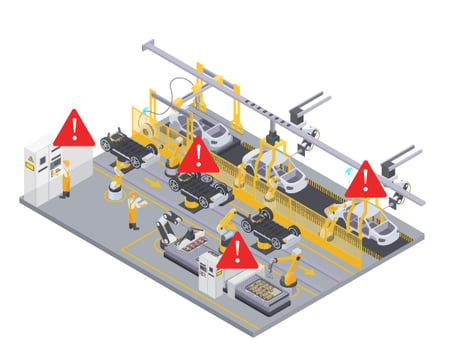 To troubleshoot the problem, the plant's IT team would first try to determine the cause of the issue. They might start by checking the network's hardware and configuration, such as the switches and routers, and their settings, to see if there are any issues. This can go as far as monitoring a connection on a single robotic arm or conveyor belt.

If the problem is not immediately apparent, the IT team needs access to the packet data between each point of interest to analyze any unusual patterns or errors.

In these situations, it is vital for network engineers to carry a portable tool that you can rely on while analyzing an issue. They need flexibility, as there are many potential tapping points, often spaced out throughout the plant, and the tool needs to be reliable and capture every single packet on the line.

Portability: ProfiShark is small and lightweight, making it easy to carry around and use in different locations.

High fidelity traffic capture: Capture all bytes, with high resolution timestamping, regardless of packet rate. Profishark can capture packets with corrupted FCS (impossible for regular PC NICs), and transfer these packets to a PC.

Transparent and non-intrusive access: Capture network data without impacting security or performance. The ProfiShark and host PC will not show up as a node on the network. Network connection is maintained, even when power to the ProfiShark is disconnected. ProfiShark is set up to pass through PoE.

Ease of use: ProfiShark is designed to be easy to use, with a simple user interface and the ability to capture and analyze traffic with just a few clicks. Analysis of captured traffic can be done with any software packet analyzer.

Versatility: ProfiShark can be configured in either in-line mode or out-of-band. In-line mode is fail-safe, with PoE passthrough, while out-of-band allows the monitoring of traffic from SPAN/mirror ports or external TAPs.

Currently, the lineup consists of the ProfiShark 100M, 1G, 1G+, 10G, and 10G+, where the ‘plus’ models offer enhanced timestamping with GPS and PPS synchronization. The 10G models support both Copper and Fiber SFPs at 1G and 10G speeds.

All ProfiSharks offer long-term traffic capturing capabilities when combined with a Synology NAS, allowing users to capture intermittent issues in the act. Profisharks have fully configurable ports (Autonegotiation, speed/duplex parameters). They can read Ethernet parameters advertised by endpoints, which helps with "connection is not up" type of issues.

Overall, ProfiShark is a powerful and flexible tool for capturing and analyzing network traffic that helps bring down Mean Time To Repair (MTTR), reduce downtime, and improve productivity.