Is Your Data Center Eco-Friendly?

Power – one of the major resources that a data center consumes, and wastes, in its round-the-clock operations. According to a report published in The New York Times by James Glanz, data centers worldwide use around 30 billion watts of electricity – enough electricity to power a dozen metropolitan cities. About one third, between 30 and 40%, of the energy fed to a data center is consumed by the HVAC or CRAC equipment responsible for keeping it cool. How much energy is actually spent on the cooling of your data center depends on various factors. One key factor is how “hot” your IT equipment is. 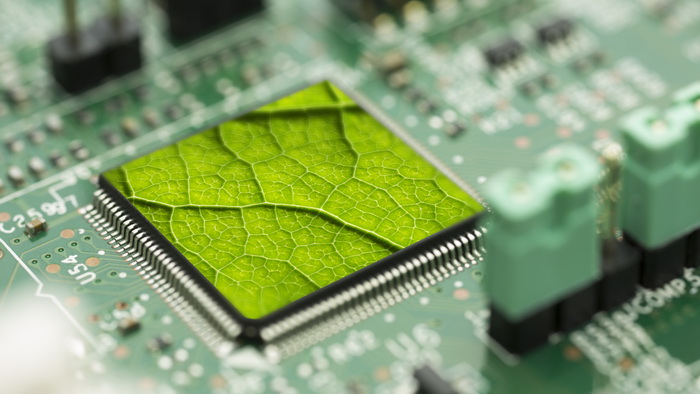 The amount of heat dissipated by your IT equipment – servers, switches, routers, storage devices, telecom equipment, security systems, and monitoring tools – has a direct impact on the overall temperature of your data center which in turn has a direct effect on the air conditioners working to control the temperature. Your consideration, or lack thereof, of power and heat ratings of the IT equipment you procure contributes not only to the electricity consumption but also to the carbon footprint of your data center. Thus, IT managers have a role to play in keeping the environment safe and healthy.

Temperature also has a direct relation with the resistance of the semiconductor materials that make up an electronic component. An increase in temperature increases the resistance of these components, which in turn makes them hotter. That is why one of the main causes of hardware failure is the heating up of electronic components. Choosing hardware that requires less power to operate means the components inside the hardware would dissipate less heat. Not only would it emit less heat into your data center, it would also ensure longer run-time, and longer Mean Time Between Failures (MTBF), for the components themselves. Thus, the lower the power consumption and the less heat associated with it, the longer the life of your hardware.

Low power consuming hardware also has another advantage: if the hardware consumes less power, and produces less heat, then it might not need an internal fan for cooling. Fans are prone to frequent failure, which can result in your hardware overheating. They also add to the noise humming out of the hardware.

In addition to manufacturing high-quality products, we, at Profitap, also take pride in developing eco-friendly network TAPs. That is why all of our Copper Network TAPs consume 50% less power than other manufacturers' TAPs. If the TAP devices of other known brands consume 8 to 10 Watts, the Copper TAPs produced by Profitap only consume 4 Watts. This difference amplifies significantly over a 10-year period of operation. Here is a quick calculation to back us up:

For a TAP from another manufacturer consuming 8 W:

For a TAP from yet another manufacturer consuming 10 W:

In sharp contrast, our TAP consumes 4W, and hence:

In addition to cost savings, we believe that it is the collective responsibility of the IT industry to keep our environment as clean as possible by using green products and contribute to reducing the global carbon footprint. At Profitap, we commit ourselves to producing premium-quality and environment-friendly products.

Check out "Exploring the Different Types of Network TAPs" article for more about network TAPs.