With the vTAP solution in place, performance issues can be detected quickly as it copies VM data, filters the mirrored data, and then sends the mirrored traffic of interest to physical or virtual monitoring tools.

Profitap vTAP is valuable in the following real-world scenarios:

The vTAP now integrates support for TACACS+ authentication. One or more TACACS+ servers can be added and configured as needed. 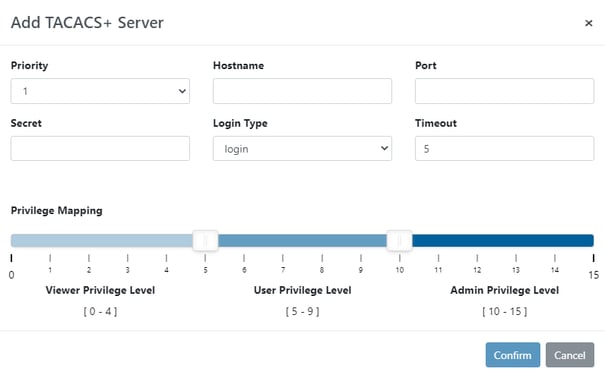 Support for RADIUS authentication was added as well. One or more RADIUS servers can be added and configured as needed.

With the addition of TACACS+ and RADIUS, it is now possible to configure the priority and activation strategy of all possible authentication methods (local users/TACACS+/RADIUS).

Remote servers can now be set up for the remote collection of system logs.

The user documentation, REST API documentation, and Ansible library are now included in the vTAP Manager and can be accessed from the user interface's Support page.

Added the option to force the MTU to specific packet size for specific filter rules.